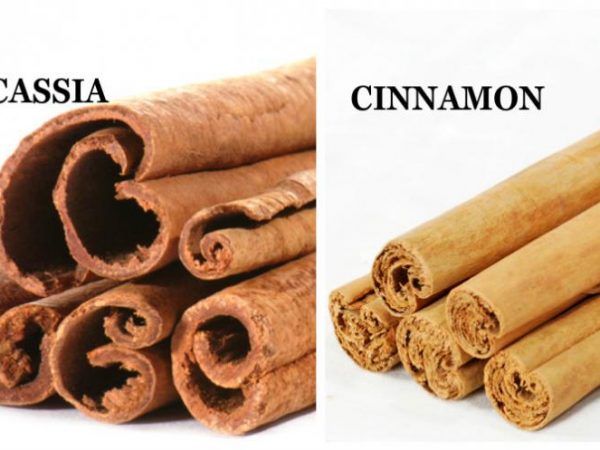 This article is a continuation of our introductory article for Ceylon Cinnamon.

Ceylon Cinnamon grows in the island of Sri Lanka. Therefore true cinnamon sticks are only grown and manufactured in Sri Lanka (formerly known as “Ceylon”). The other plant variety referred to as Cassia is also a rolled around piece from a bark of a tree. It is not rolled densely inwards like true cinnamon, but looks a bit like in the same family when observed by an ordinary person.

Why is it called “Ceylon-Cinnamon” without naming it just “Cinnamon”, like in most cases with spices like cloves, black pepper, turmeric, ginger? Simply Cassia is not a variety of Cinnamon. It has a slightly similar appearance but a close observation can see the clear differences. Cassia stick has only one hard thick layer rolled inwards. But Ceylon Cinnamon sticks have so many soft thin layers rolled inwards and banded together. Cassia grows in abundance and Ceylon Cinnamon grown only in a limited land area. Therefore in the world retail grocery market Cassia is labeled as Cinnamon for marketing purposes and it is lower in price. Ceylon Cinnamon on the other hand is not produced in massive scale and is not available in large quantities (relative to Cassia production) in retail market places, and is quire expensive. Ceylon Cinnamon is also referred to as “Pure Cinnamon”, “True Cinnamon”, “Sri Lankan Cinnamon” to strike out the confusion caused by the retail store labelling.

Cassia is from the tree called “Cinnamomum cassia ” (botanical name). It is said to be originated from China and is also referred to as Chinese Cinnamon. Cassia is reddish brown in color and appears to be a thick rolled sheet. It has a hot spicy taste and strong cut through aroma. The reason for this is that 90% of the oil content in Cassia is cinnamaldehyde. Cassia has high levels of Coumarin (a substance causing liver damage).

Ceylon Cinnamon is from the tree “Cinnamomum verum” (botanical name). The plant originates from the small island Sri Lanka (58km from the bottom tip of South India). Ceylon Cinnamon appears golden brown in color and is densely rolled with multiple thin sheets. It has a sweet plus spicy combinative taste and a exotic perfume type aroma. The cinnamaldehyde oil content in Ceylon Cinnamon is in the range of 50% and has very low Coumarin levels which avoids risk of liver damage.